With the intention of capitalizing on the rising popularity of electric vehicles (EV) in India, MG (Morris Garages) Motor India’s latest brand campaign talks about the environmental advantages to hopping on to this trend. Featuring brand ambassador Benedict Cumberbatch and the soon-to-be-launched MG ZS EV, the campaign titled #ChangeWhatYouCan is a call for Indians to drive positive societal change and champion environmental conservation through EV adoption.

Revolving around the concepts of green mobility and societal change, the campaign’s title encapsulates its core proposition – making personal changes that contribute to a large-scale transformation. Cumberbatch, known for his voice-overs s much as for his acting, provides the narration that stresses the need for a change in existing mindsets and how, through one person at a time, these little changes can create a powerful impact on society. The Sherlock actor has been roped in by the automobile manufacturer as the face of the brand in the Indian market. 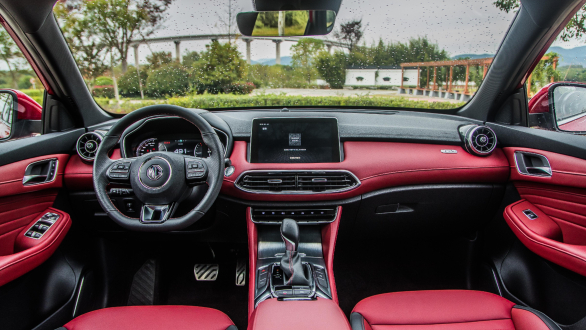 MG Hector Powertrains: The MG Hector comes with one diesel and two petrol engine options. The petrol engine is a 1.5-litre turbocharged unit, which produces 143PS of maximum power and 250Nm of torque. The diesel engine is the same 2.0-litre unit that powers the Compass. Here, it churns out 170PS and 350Nm. The Hector also gets a mild-hybrid variant, which is equipped with a 48V mild-hybrid system mated to the 1.5-litre petrol engine. Both engines are coupled to a 6-speed manual transmission as standard while the non-hybrid petrol engine gets an optional 7-speed dual-clutch transmission as well.

Here are fuel economy figures of the Hector:

Rivals: The MG Hector is a five-seat midsize SUV and rivals the likes of the Jeep Compass, Tata Harrier, Mahindra XUV500, Hyundai Creta, Hyundai Tucson and the Kia Seltos.

Hector 7 Seater: The Hector is offered as a five-seat SUV. However, MG Motor has plans to introduce a seven-seat version of Hector in India at a later stage.