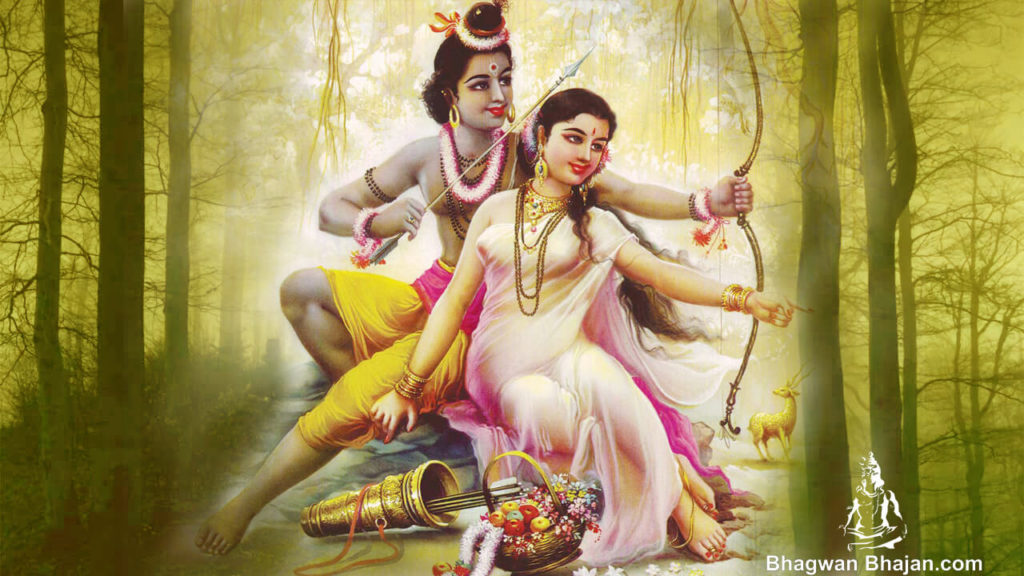 According to Valmiki Ramayana, Sri Rama was born on the 9th day or the ninth tithi, also known as Navami, of the waxing moon fortnight, otherwise known as ‘Shukla Paksh’, in the month of Chaitra, sometime in antiquity.

The other pointers to the planetary positions at the time of Sri Rama’s birth in Valmiki Ramayana are that Sri Ram’s birth ascendant was Cancer, the day was advancing which indicates that the birth happened between 12 noon and 1 pm, that five of the seven planets were exalted.It also says that Moon was placed with Jupiter. In saying that the presiding deity is Aditi, Rishi Valmiki indicates that Sri Rama was born in the Punarvasu Nakshatra.

In one shot Rishi Valmiki describes all the planetary positions we need to calculate Sri Rama’s birth chart. Here is the verse from Valmiki Ramayana:

By deduction we also know that Sun was in Aries, Mars in Capricorn, Jupiter in Cancer, Venus in Pisces and Saturn in Libra. Sun and Venus are always within 47 degrees of each other and that condition is fulfilled if Sun is in Aries and Venus is in Pisces. If Sun and Venus are exalted, Mercury cannot be exalted because Mercury is always within 28 degrees of the Sun. Is Sun is in Aries, Mercury cannot be in its exaltation sign Virgo. Aries and Virgo are too far apart.

Since Moon and Jupiter are together in Cancer in the first house or ascendant, it caused one of the best forms of Gaj Kesari Yoga. Jupiter is exalted, and Moon is in its own sign in Cancer. What could be better than that! And five exalted planets made him an divine, an emperor who’s fame has refused to fade away.
Advertisement
But we are looking at Lord Rama’s planetary positions here from a point of view of astronomy, and not astrology! Though both are intricately tied up with one another!!

This planetary data was fed into the Planetarium Software, a software which is now declassified, (it was earlier not available to public) and was used by NASA to calculate the exact position of planets for any given date – past, present or future, within a limit (unknown). The closest date from today into the past, for which the planetary data of Lord Rama’s birth fits in, is 10th January, 5114 BC. Since then this combination has never occurred in the skies which implies Sri Ram was born no later than 5114 BC.

our comprehension, as myths is the biggest disservice that we do to our own history.
Previous
Next
So why does Sri Ram’s birth in 5114 BC fall in the month of January and not in March-April as it does in today. In other words why does lunar month Chaitra coincide with March-April and not with January as it did in 5114 BC. This is due to the shift in the precession of the equinox.

A note on the Shift of the Precession of the Equinox: The positions of the Equinoxes move westward along the ecliptic compared to the fixed stars on the celestial sphere. This annual motion is about 1 degree every 71.6 years. A complete Precession cycle covers a period of 25,765 (71.6 * 360) years, during which time the equinox regresses over 360°. This journey over 25,765 years covers the 12 zodiacs of the sky so that the sun rises on the vernal equinox in the same zodiac for about 2,150 years.


But one cannot jump to any conclusions with the results of this calculation. To prove exactly when Sri Rama walked the earth in a human avatar all other details mentioned by Valmiki must be analysed.

Given this time frame, measuring the antiquity of the Ramayana in terms of the ‘yugas’ that the Rishis have mentioned is far more scientific than the few thousand years we are allowed to think by mainline historians.And to pass off facts, only because they are beyond