InSight is a stationary lander that touched down in the Elysium Planitia region of Mars in November 2018. This mission is part of NASA’s Discovery Program to launch solar system exploration missions at a lower cost than the flagship missions like Curiosity and OSIRIS-REx. InSight became the first probe to take seismic measurements on another planet, and the total cost was just $830 million. By comparison, Curiosity has cost about $2.5 billion so far.

InSight has several instruments, including the Heat and Physical Properties Package (HP3) that keeps popping out of the ground. The new studies focus on data from the Seismic Experiment for Interior Structure (SEIS) that records and measures marsquakes. NASA took great pains to make sure the instrument was deployed correctly — scientists even created a model of the landing zone here on Earth to conduct test runs before the real deal. NASA placed the dome-shaped SEIS package on the surface about a month after landing, and InSight recorded the first marsquakes the following April.

While the team continues to work on getting the probe into the Martian surface as intended, the ultra-sensitive seismometer, called the Seismic Experiment for Interior Structure (SEIS), has enabled scientists to “hear” multiple trembling events from hundreds to thousands of miles away.

Seismic waves are affected by the materials they move through, giving scientists a way to study the composition of the planet’s inner structure. Mars can help the team better understand how all rocky planets, including Earth, first formed.

Mars trembles more often — but also more mildly — than expected. SEIS has found more than 450 seismic signals to date, the vast majority of which are probably quakes (as opposed to data noise created by environmental factors, like wind). The largest quake was about magnitude 4.0 in size — not quite large enough to travel down below the crust into the planet’s lower mantle and core. Those are “the juiciest parts of the apple” when it comes to studying the planet’s inner structure, said Bruce Banerdt, InSight principal investigator at JPL.

Scientists are ready for more: It took months after InSight’s landing in November 2018 before they recorded the first seismic event. By the end of 2019, SEIS was detecting about two seismic signals a day, suggesting that InSight just happened to touch down at a particularly quiet time. Scientists still have their fingers crossed for “the Big One.”

Mars doesn’t have tectonic plates like Earth, but it does have volcanically active regions that can cause rumbles. A pair of quakes was strongly linked to one such region, Cerberus Fossae, where scientists see boulders that may have been shaken down cliffsides. Ancient floods there carved channels nearly 800 miles (1,300 kilometers) long. Lava flows then seeped into those channels within the past 10 million years — the blink of an eye in geologic time.

Some of these young lava flows show signs of having been fractured by quakes less than 2 million years ago. “It’s just about the youngest tectonic feature on the planet,” said planetary geologist Matt Golombek of JPL. “The fact that we’re seeing evidence of shaking in this region isn’t a surprise, but it’s very cool.” 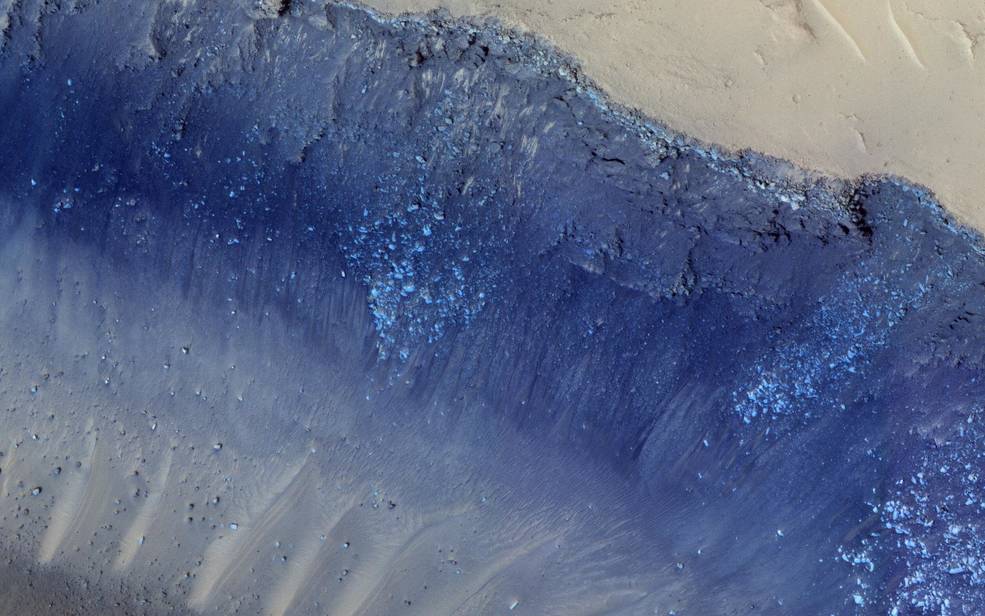