In iOS 13.2, Apple introduced Announce Messages with Siri, a new iPhone feature that allows you to listen to and respond to incoming text messages when you’re wearing connected AirPods or Powerbeats Pro headphones.

In short, if you receive a message when you’re wearing a pair of Apple’s wireless headphones, ‌Siri‌ will transcribe it to you so you don’t have to look at your iPhone or Apple Watch, and if you wish, you can reply to it instantly without even having to say “Hey, ‌Siri‌.” 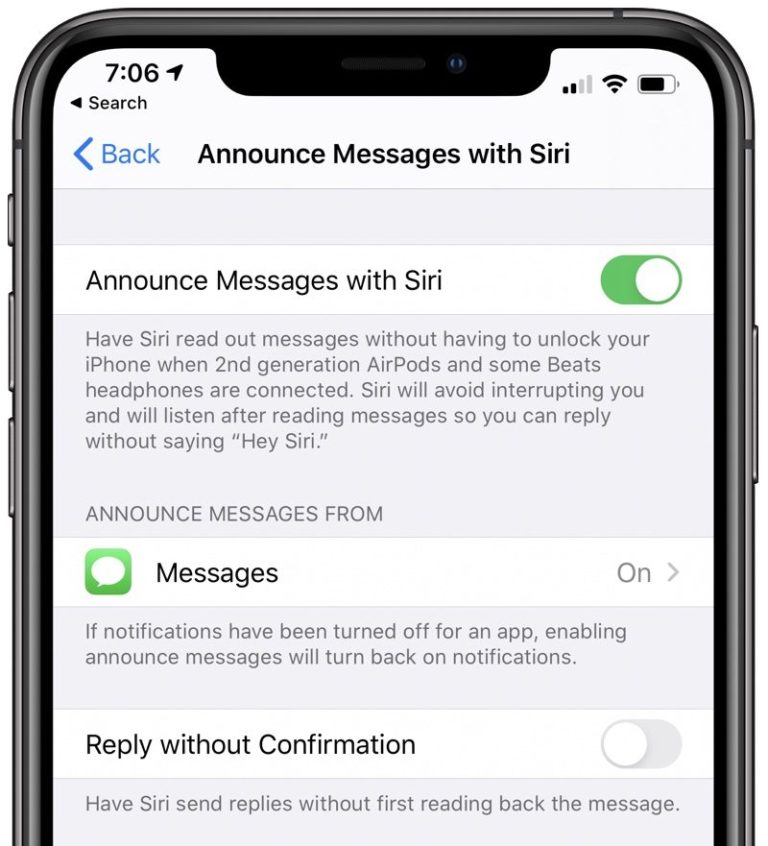 Announce Messages with ‌Siri‌ is disabled by default, but you can easily turn it on by following the steps below. Note that for the feature to work, you need a pair of second-generation ‌AirPods‌ or ‌Powerbeats Pro‌ with Apple’s proprietary H1 chip — it won’t work with third-party Bluetooth headphones.

The Announce Messages feature also supports third-party messaging apps like WhatsApp. You can choose which apps you want it to work with by selecting them from the same settings screen, below where it says Announce Messages From

Advertisement
. Just note that if notifications have been turned off for the app you choose, they’ll be turned back on again.