Rapid Industrialisation
The second Five Year Plan stressed on heavy industries. It was drafted by a team of economists and planners under the leadership of PC Mahalanobis. 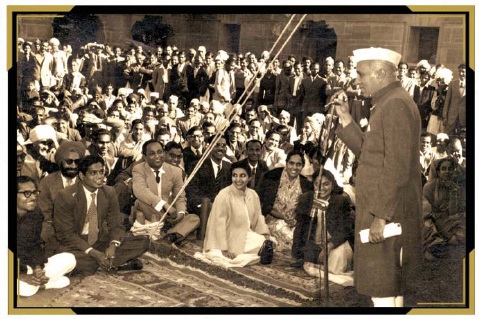 Due to rising Global Demand for Iron, the reserved Iron-resource of Orissa has been an important investment destination to be signed a memorandum of understanding (MoU) to bring in capital investment and employment opportunities. Some conflicts arose in Orissa like tribal population feared to be displaced from home and environmentalists became worried about environmental pollution.

2. ‘Development’ refers to process of living standard and attaining an economic level of industrial production. Immediately after independence, the Indian government took up the tasks of poverty attenuation, social and economic redistribution and development of agriculture.

3. Planning is a systematic regulation of purposeful activity to achieve national goals. India was inspired by USSR for planning to provide basic necessities of life i.e. advanced education, medical care and technological skills. ‘Bombay Plan’ was drafted in 1944 to make the states to take major initiatives in industrial and other economic investments.

4. The Planning Commission of India was set up in 1950 as an ‘Extra-constitutional body’ alongwith Prime Minister as its chairman, ministers incharge and some other members to be advisory in nature. It helps to reduce the wastage of time and increase the per capita income.

5. Before independence, the need for planning was felt to set up National Planning Committee in 1930s to collect data and setting aims as well as opted for five year plans and annual budget.

6. The first five year plan, commenced in 1951, drafted by economist K.N. Roy aiming at
investment in dams and irrigation, land reforms and to raise the level of National Income. It differed from second five year plans which stressed on heavy industries by bringing about quick structural transformation. 1