73 years ago, at midnight, India was divided into two parts. India got independence from British rule, but India paid for it in the form of Pakistan. Therefore, today is celebrated as the day of independence in Pakistan. But do you know what developments were happening in India till a few days before independence and what were the architects of the partition and independence of India? These characters are India’s first Prime Minister Jawaharlal Nehru, Mahatma Gandhi and Mohammad Ali Jinnah (Md ali Jinnah)

The name of the last Viceroy of India was Lord Mountbatten.Lord Mountbatten had set the outline of the partition of India. Lord Mountbatten considered Jawaharlal Nehru to be a leader who followed principles, but in his opinion, when someone stood firm in front of Nehru, he would immediately bow down. Whereas, he considered India’s first Home Minister Sardar Vallabhbhai Patel to be a sensible and a strong leader of his stand. His opinion about Mohammad Ali Jinnah was that he is very stubborn and no one has any influence on him.

When all these leaders decided to partition India and this news started spreading, suddenly in June 1947, there was panic in Karachi, Pakistan and people withdrew 6 crore rupees from their Saving Accounts in the banks. Meanwhile, a night robbery took place at Viceroy House in Delhi. The theft was done in that part of Viceroy House. Where Lord Mountbatten’s military advisors lived. But the thieves could never be caught. Viceroy House is today called Rashtrapati Bhavan where the President of India resides. 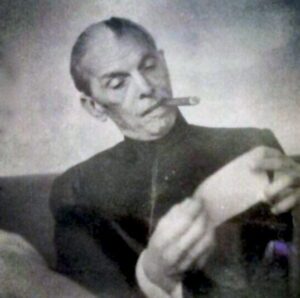 1. Jinnah had a cigar amidst riots in the country 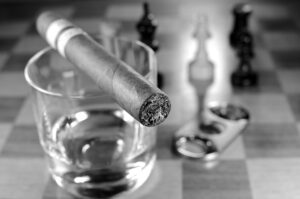 Meanwhile, the situation in the country began to deteriorate, somewhere, there were strikes, and somewhere there was a riots situation. 70 Hindus were kidnapped from Rewari, Haryana. India’s leaders were worried about these conditions. But Mohammad Ali Jinnah, the founder of Pakistan at that time, was only concerned about his cigar. Mohammad Ali Jinnah wrote a letter to a Yunus of Dehradun and asked where are the cartons of his cigars? You can say that when India was burning in the partition fire. Even then, a leader like Jinnah had only his passion. He wanted to regain his lost cigar by any means. And he did not want to let any shortcoming in his pride.

2. Gandhiji did not attend

Mahatma Gandhi was in Noakhali, Bengal, thousands of kilometers away from Delhi, on the day of independence, where he was on hunger strike to prevent communal violence between Hindus and Muslims. 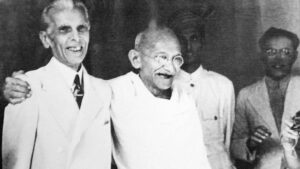 When it was decided that India would be free on August 15, Jawaharlal Nehru and Sardar Vallabhbhai Patel sent a letter to Mahatma Gandhi. It was written in this letter, “August 15 will be our first Independence Day. You are the Father of the Nation. Join us and give your blessings.”

Gandhi sent an answer to this threat, “When Hindus and Muslims are killing each other in Calcutta, how can I come to celebrate. I will give my life to stop the riots.”

3. Why 15 August day for the independence of India?

It was Lord Mountbatten who personally decided 15 August for India’s independence as he considered this day extremely fortunate for his tenure. There was a special reason behind this. In fact, on 15 August 1945, during the Second World War, the Japanese army surrendered to Britain under his leadership. Mountbatten was the commander of the allied forces at that time. 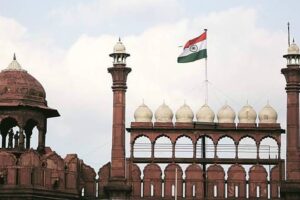 4.The flag was not worn on the Red Fort

5. Pakistan confused about its independence day

You will be surprised to know that Pakistan is one such country in the world which is still confused about the date of its birth. That is, Pakistan is confused about its independence day. Pakistani scholars write books on it. Many articles are written in the newspapers there, raising the question whether Pakistan’s Independence Day should be on 14 August or on 15 August? Just think .. what will that country be like? And how ignorant the people who founded that country will be. Who do not even know when their Independence Day is?

The first congratulatory message in the voice of Mohammad Ali Jinnah is recited every year on ‘Radio Pakistan’ …. which is to say ‘Happy the whole nation on the free morning of August 15’ … but these greetings of Muhammad Ali Jinnah Hearing goes on August 14 instead of 15 every year. Here also it has to be understood that what is the celebration of freedom and freedom after all? The truth is that the Muslim League, which demanded Pakistan in the fight for independence, had no contribution.

The Muslim League supported Sir Syed Ahmed Khan’s Two Nation Theory. Sir Syed had said that Muslims should support the British because if the British left, the majority of Hindus in democracy would suppress the Muslims. In the year 1906, the Muslim League was established in Dhaka. And since then, the Muslim League has been bowing ((Sajda)) in the steps of the British. The British had a hand on the head of Mohammad Ali Jinnah. With the help of British, Mohammad Ali Jinnah created Pakistan. It is such a cruel joke that today Pakistan celebrates achieving independence from the British. The truth is that every year on August 14, the people of Pakistan are confused. 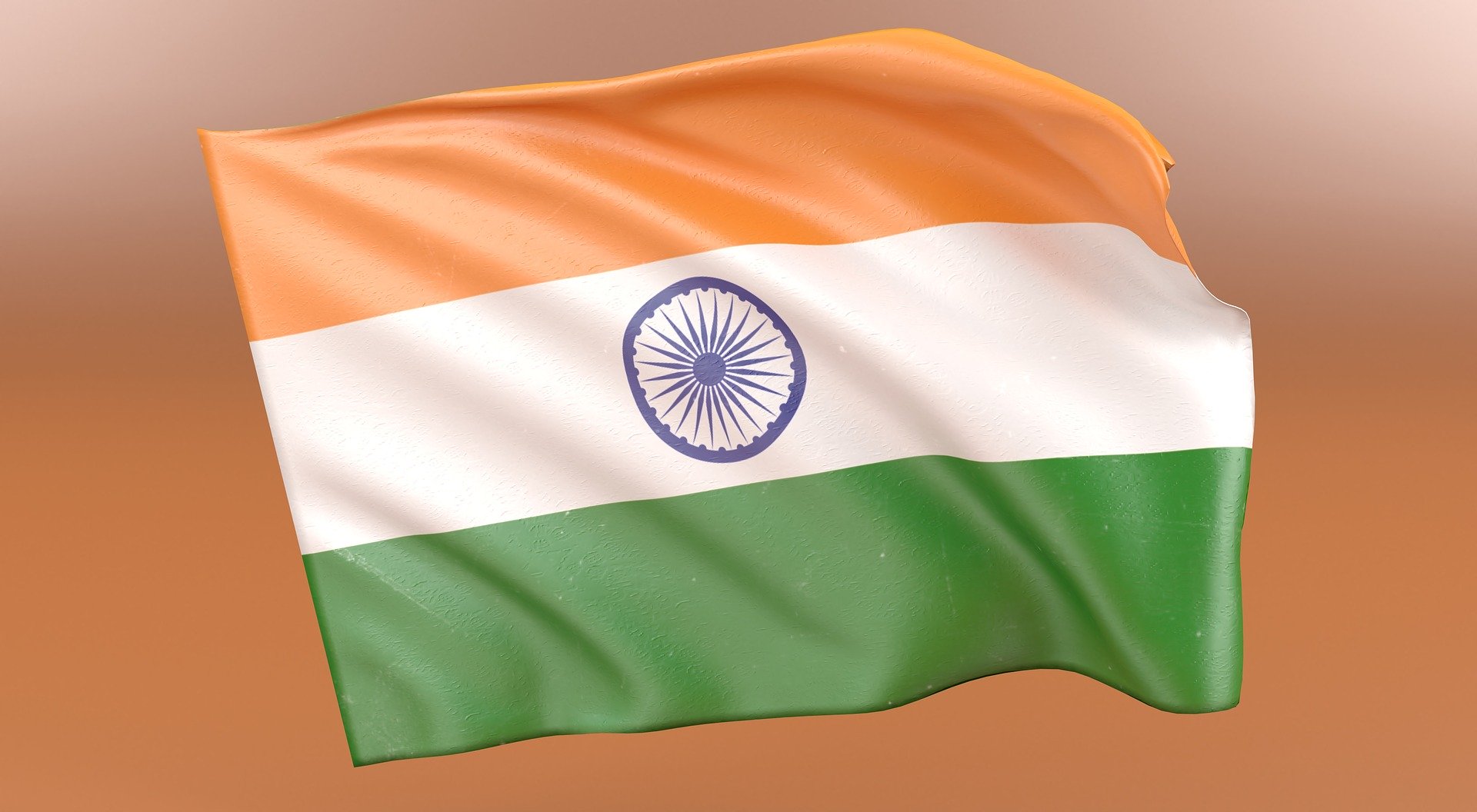 6. The origin of the tri-color flag

The tri-color flag, which is the national flag of India, is based on the Swaraj Flag, which was developed by a freedom fighter Pingali Venkayya, who was a farmer from Machilipatnam.

Which course should be Done after 12th Important Information for Students

Jinnah wanted to build Pakistan but his stubbornness made Lord Mountbatten very upset. In the midst of this problem, Lord Mountbatten wrote a letter to his daughter Patricia. In it, he wrote that your father is stuck in a situation from which it is very difficult to come out in a respectful manner. He wrote that I have ruined everything because of my extreme self-confidence. And I am very disappointed that after working so hard, I made a huge mistake in understanding Jinnah. And now I myself want to leave this place as soon as possible. 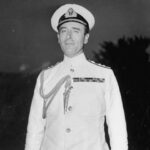 After an important meeting between all the leaders in the first week of July 1947, Mahatma Gandhi referred to a talk of the English writer George Bernard Shaw in his prayer meeting. Bernard Shaw used to say that an Englishman is never wrong, he does everything according to the principles. He fights with you under the guise of patriotic principles. It robs you of the principles of business. Makes you enslaved on the basis of the principle of colonialism. Serves the king through the principle of integrity and by using the principle of democracy, he also beheads his own king. After this, Gandhiji said that the British will have to leave India, but I want to understand what principles they will use for this.